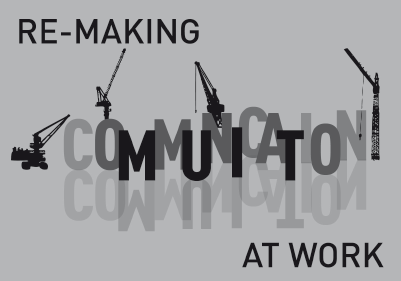 It’s normal for teams to get caught up in conflict and difficulty from time to time. After all, we are all working in an environment that forces us to do more with less, while we face continuous pressure from change and uncertainty. This “react-first” climate is a breeding ground for the kind of communication snafus that disrupt our capacity to work well on a tightrope of urgent, often ambiguous challenges that benefit more from thoughtful reflection than quick action.

However, when your team stays “stuck” in certain patterns of communication and interaction, the gears of collaboration and teamwork become sticky and great work is elusive. To get back on track, you have to dissolve those sticky situations that prevent you from staying on-purpose and working together like a well-oiled machine. It starts by learning how to see communication pitfalls and common unwanted patterns that mar your everyday experience at work!

Here are seven pitfalls and unwanted patterns that consistently prevent individuals and teams from doing their best work. What is more, after the 1st order effect of reduced performance, they also have a tendency to erode the quality of people’s working lives, which leads to declines in workplace engagement in the short-term and culture in the long-run.

#1 – Gridlock from Egos and Emotions

This is a pattern where things get bogged down and stuck because of a combination of ego and emotion that entrench people in their assumptions, beliefs, and actions. With no objective distance to step back and gain a wider perspective, the impasse and gridlock prevent movement and progress and the likely side effects include physical and emotional stress, a decrease in engagement, increase in unproductive conflict, and an inability to respond quickly to new challenges and opportunities.

At first glance this is a pattern that can seem “positive.” However, when people prematurely surrender a perspective in the pursuit of consensus or collegial agreement they often miss out on the potential for creativity and innovation. The creative dissent that emerges from disagreements handled professionally is the stuff of positive change. When these clunky, but necessary conversations are ended prematurely and are then wrapped up in an artificial bow of perceived agreement, it can be one of the most silently dysfunctional patterns that a team can experience.

This pattern occurs when all goals, priorities, and outcomes are treated the same. And when everything is important, nothing is. The concept of whitewashing recalls a hillside in a Greek village where all the houses are whitewashed with lime and indistinguishable from the others. The rudderless effect includes meetings where nothing important seems to happen, teams that drift among half-hearted objectives and uninspired initiatives, and managers unable to hold people accountable for achieving the organization’s top priorities).

This pattern occurs as a result of excessive teamwork and collaborative action that serves no performance-based rationale. We should only engage in leveraged collaboration, which is the intentional choice to partner with others when the combination of skill, ability, and available resources can create a more effective outcome than is possible alone. In situations where the outcome matters less than the process, leveraged collaboration can also be used when relationship building is a priority. When people over-collaborate they increase the risk of dysfunctional patterns that can emerge in the space between something important getting done and the unnecessary collaboration that slows or prevents it.

This is a familiar pattern for anyone who has ever envisioned a change and subsequently hit the brick wall of resistance when trying to implement it. Relying on past success and aligning the identity of the team/organization with that past success often results in a reduced incentive to take risks and make change happen. The rationale is often given in simple terms that reflect the inertia of what came before it. Saying that “we do things around here because that is how we’ve always done them” is the equivalent of parents explaining a decision to a child with the very unsatisfying “because I said so” explanation.

#6 – Elephants and Ghosts That Haunt the Future

This pattern involves the scars, memories, and fears of previous experience. While people in organizations come and go and things eventually change, real dysfunctional patterns can leave an afterlife that becomes a separate pattern by itself. This pattern is shaped by the proverbial elephant in the room, or the issue that is taboo and is believed to be undiscussable. It is amplified by the ghost of some personality or perspective that is either sacred or feared, yet the visceral impact of their legacy remains despite the fact that the prior circumstances have shifted and influential people may already be gone.

This pattern involves a general erosion of trust among people interacting in situations that require at least a moderate level of willingness and ability to act trustworthy toward each other in the pursuit of their common commitments. Often the pattern forms over time when there is a perceived imbalance of contribution or clash of unmet expectations among people. Whether there is a recognizable moment where a breach of trust occurred, or whether it is a slow and steady decline of belief in the other’s ability to follow through on the things they say matter, patterns of distrust can be the most difficult to re-make, and yet the most powerful when changed.

Learning from Pitfalls and Unwanted Patterns

One of the interesting qualities about these seven common pitfalls and unwanted patterns is that they often show up in clusters. Very rarely have I consulted with a team or an organization and seen just one. While there might be a single pattern that gains the lion’s share of attention due to its greater visibility, there are often several, interchangeable patterns present at one time. Winding your way into these gaps and learning about the various ways they hold us within contradiction presents many opportunities for Re-making Communication at Work.

When we find ourselves in the middle of an unwanted experience it usually boils down two important questions: “How did we end up here?” and “How do we get to a better place that reflects the values and outcomes we care about?” These questions serve as the opening step to start moving toward something better. This is the ultimate definition of change from the inside. Change from the outside fits with the mindset of using communication skills to attack the presenting issues of the initial breakdown in communication. Change from the inside is about shifting the existing, underlying patterns of communication and interaction that made the breakdown in the first place into something better.

Dr. Jesse Sostrin can help your team identify and re-make the critical patterns of communication that sustain unwanted outcomes in your organization. If you’re tired of dealing with the burden of unresolved conflict, eroded trust, collaboration failure, and declining performance, then start your Discovery Session now to create the conditions for the changes you seek.

Struggling to be recognized for your insights, impact, and ahead-of-the-curve ideas at work? Boost your thought leadership in a post-COVID world. #Salesforce salesforce.com/blog/thought-l…